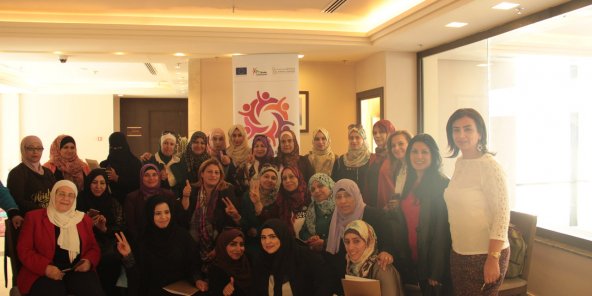 Media quarterly meetings focus on highlighting the most important achievements and results achieved by the project during its period.

The meeting included a number of themes notably the latest developments in the Women's Empowerment Project.

The Opportunities for collaboration and networking with the network members and the civil society institutions, also the role of media in the coverage of election campaigns for women.

The meeting included a number of challenges that interfaces women in the electoral process, including the political money directed to weaken the participation of women, the economic low level of management, the promotion of the campaigns, the difficulty of choosing a director to manage the campaign, the difficulty of forming a parliamentary blocs with the males for tribal considerations.

Challenges at the tribal level, Lack of understanding the community to the electoral law, the distribution of quota seats, the state media that did not give the right to adequate in covering the election campaigns of candidates while those who are related the private media to use it for their own profit without having any goals that support the promotion of electoral campaigns for candidates and definitely the low economic level of women was difficult to buy the propaganda and media campaigns.